To say the least, my digital drawing arm has been rather neglected in the last while…when I said drawing cats, I’m pretty sure this isn’t what people meant. I am working on drawing “real” cats on paper, just need to dig my scanner out. XD Hand still shaky on the tablet, but going!

I will now officially break my pledge to not sleep in the office.

I created the following with the help of sushi, BS, and a huge dose of Cyanide and Happiness. 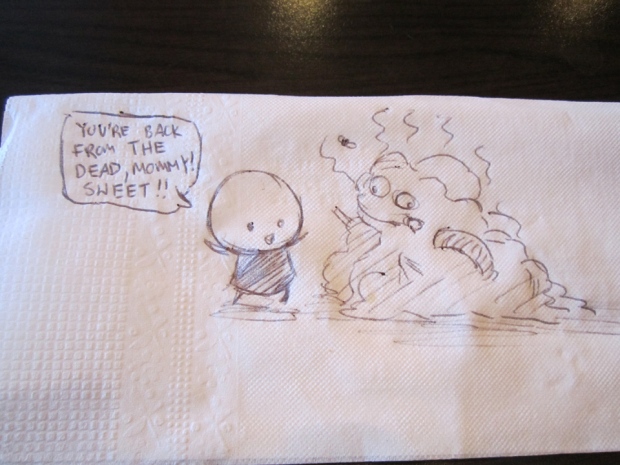 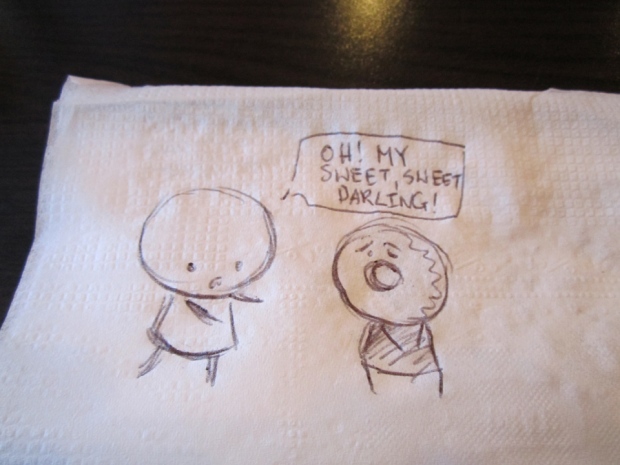 Never was very good at picking gifts. Either I’m not very good at paying attention to the details that people give out, or you’re always trying to figure out if the other person might be offended if you gave them said gift, or you’re trying to figure out if they “already have enough,” and therefore, gift-giving would just end in some kind of sad farce attempt to show that you care. There’s more than a few social situations I never learned how to deal with, and I suppose this is one of them I’ll just keep crashing into.

I know they say “it’s the thought that counts,” but at the same time, I’m not so sure. I guess everyone likes presents to certain degree…?

So, I ended up deciding to keep this one to myself, since the only option was to take strange photos of it, and save it as a joke present for later date. XD Anyone that comes up with a good caption for one of the following photos gets to keep it! O_Od

It reads! On the topic of presents, this one arrived under the door of my office.