Returned from NASH75- so much information to absorb. 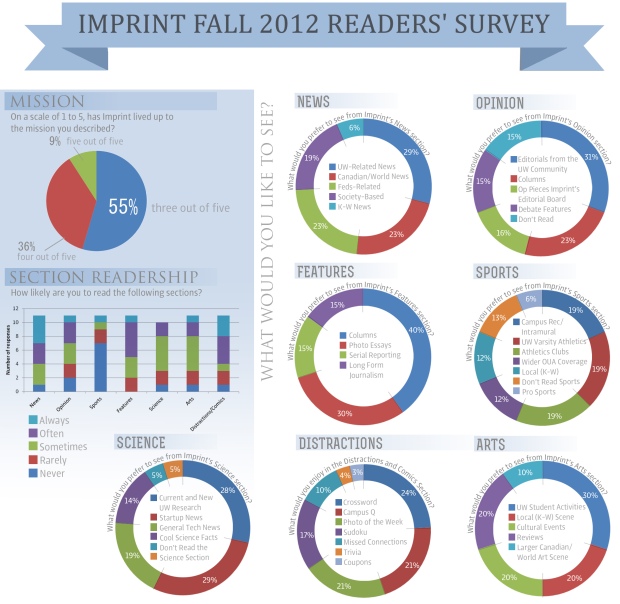 With data from S. Nabi.

My first experience in a MMO – Ragnarok Online 2 – can be summarized in this way. 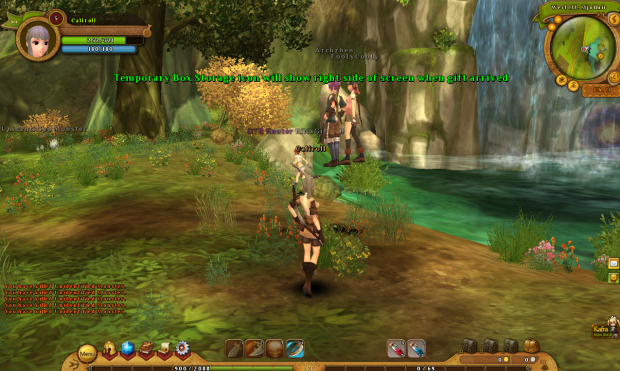 “In many ways, Beesley’s constructions are sensitive reflections of ideas that are starting to surface in the intellectual landscape of our time. Like many artists before, he makes work that give visual form to inherently evanescent ideas, ideas rarely expressed beyond the confines of specialist science, mathematics, and philosophy, and which by their very nature resist resist articulation or comprehension. This is not to suggest his works operate didactically as or as literal illustrations; they are too diverse and ambivalent for that. Such ideas can only be expressed metaphorically or poetically, which is why art retains such importance in our culture as a pre-eminent vehicle for alluding to new concepts, and why it so often eludes explanation itself. Art, by necessity, can appear abstruse and eve repellent because we have yet to catch up with the novel thoughts it synthesizes.” 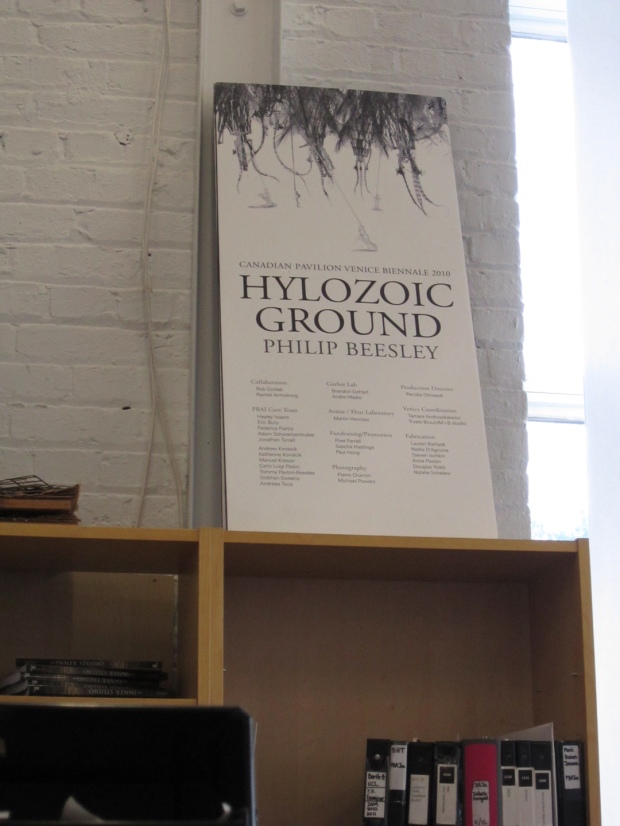 Seems like Richard Feynman’s Ode to a Flower has returned as an animated visualization.

This is from last term, but I was involved in a group project dealing with the strategies of creating a “director’s image” for a local film called John Orpheus is Dead. While other groups dealt with event design, social media, and branding, I went with a small group that created the deliverables of a written interview for publication, behind the scenes footage, a personal website, and a short video interview.

The part I was most proud of was almost all of the footage and content was generated by my team in collaboration with the director (outside of the few seconds of the actual film inserted into the video interview). Rather than recycle promotional images given to us, and doing interviews over email, we had the chance to work on the project in real time, face to face. By participating in the actual shoot and being on set to see GJ in action, I was able to get a better sense of her as a person. Originally, we were thinking of ways to “re-brand” her as a person online, but I believe our approach ended up very differently. With a genuinely interesting person, the best thing you can do is highlight and summarize in the form you are given, whether it is a video or audio interview.

Each director intentionally or unintentionally creates a distinct style and impression, and the films that they make are only a part of the image. As a class, we were invited to collaborate on marketing and advertising a local film called John Orpheus is Dead.

Directed by Gada Jane, it tells the story of a popstar lifestyle gone wrong, set in a high-octane entertainment world. It seeks to feature many of the local artists and talent of the Kitchener-Waterloo area, as well as tell a story that audiences can walk away with a new perspective.

While other groups chose topics on event design, social media, or branding for the film, our team was interested in highlighting the person, and people, behind the camera. Our end product was a proposal of several ways that the “director’s image” could be strengthened in order to garner more attention for the film.

With consultation with the professor, producer, and the director herself, the end deliverables were a written interview ready for publication, a short video interview, and personal website. 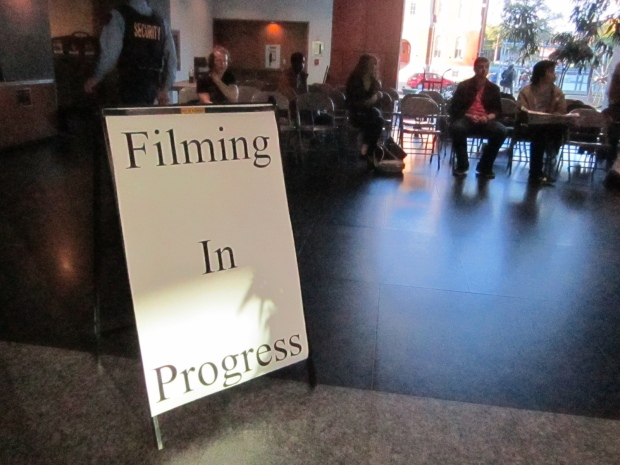 On set, filming the “behind the scenes” footage to be included in the video interview. 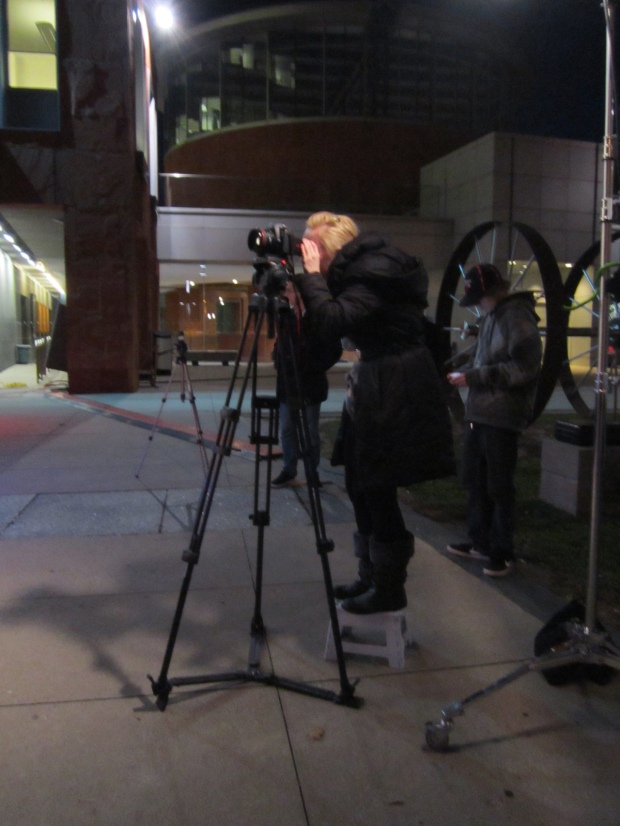 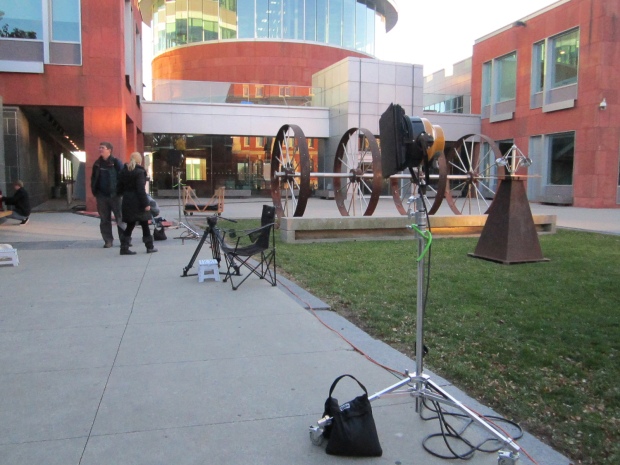 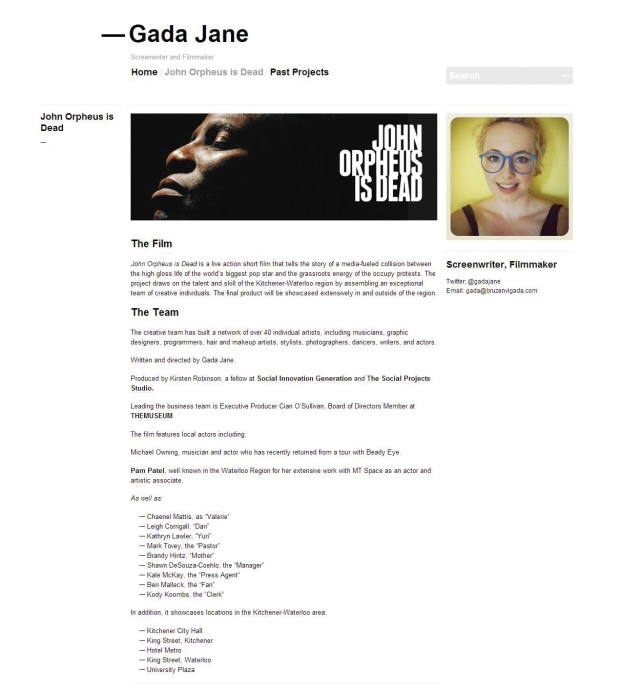 As promised, I have included my design project for the term from my Information Design class.

In summary, I wasn’t entirely happy with the way the class was set up, but I enjoyed it immensely, and I really wish there were more classes like this, but went into deeper thought and teaching of the concept of information design.

Uploaded to my blog with the permission of my teammates.

Photos used in the “Tutorial” are from Wikimedia Commons and the UW website.

Note
This was designed with no consideration as to whether it is feasible as a whole. There is no coding in any of this, only the mock-ups, and we have no plans to pitch this to the English department at this moment.

With that in mind, constructive feedback is welcome. I wouldn’t mind feedback in the comments section below, and apologies in advance if you feel offended that all design/interaction usability guidelines were broken.

The Problem
The English department of the University of Waterloo consists of twelve different programs, general, honour majors, joint majors, specializations and minor degrees. The English program allows for much flexibility for the students when deciding which courses to take for future semesters, such as courses that could be use for one or more of the English majors, some of the courses are also anti-requisite of one another.

The problem however is when it comes to the time of the student planning their next semesters or so, the course which the student is interested in enrolling in might not be offer or the student enroll into courses which does not count toward their degree. To rectify these types of problems our group purpose an application to assist potential and current English majors to plan and keep track of their courses they have completed or will in future semesters. 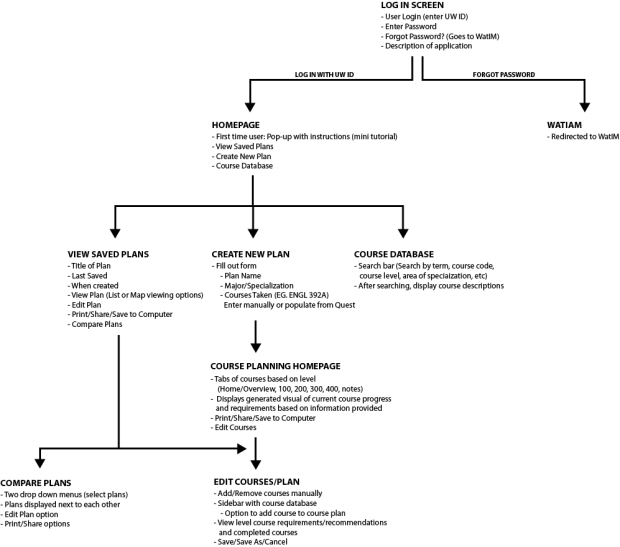 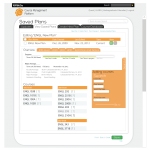 07 Saved plan list view with rollover (and drag and drop)

Personal comments
I need to spend more time thinking about what is feasible and what is not. In terms of reading, there’s quite a few books I need to read over the break to get a little better at this before the new year, and after that. I’m not entirely sure if there is a right or wrong way to do it- I have plenty of people tell me they are “designers,” and no one has been able to show me anything they made that I can learn from, especially from the graphic design/UI design perspective.

This actually one of those moments I wish I had a mentor around to bug with endless questions.

And what’s with people not keeping portfolios? How the heck did you get hired without showing people what you can do isn’t a lie? O_o (I guess I have the opposite problem by putting too much stuff I do online here…)

This is my homework assignment. I made two versions because I wasn’t happy with the poster version. Click to enlarge, and sorry about the really light sans serif fonts. I tried. ><”

This is probably the first time I’ve written my chinese name in such huge letters.

Credit: I pull data from a lot of different sites and tried to make it as accurate as possible, but any mistakes are my own. I’ll try and link the sites I used later, but awesome sites such as Chinese Etymology and MDBG Chinese-English Dictionary were a big help.

Version 2: “Scroll”; still awkward, but this is as close I can get it to what I want.

A lot of people don’t understand how chinese names work- 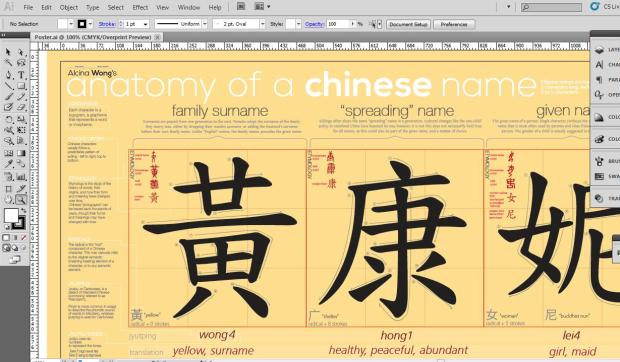 One thing at a time~

Been playing Zero Escape: Virtue’s Last Reward…I’m really glad I asked to borrow the first game (999: 9 hours, 9 Persons, 9 Doors), and despite the slow pace I’m working through it, I’m enjoying every second. 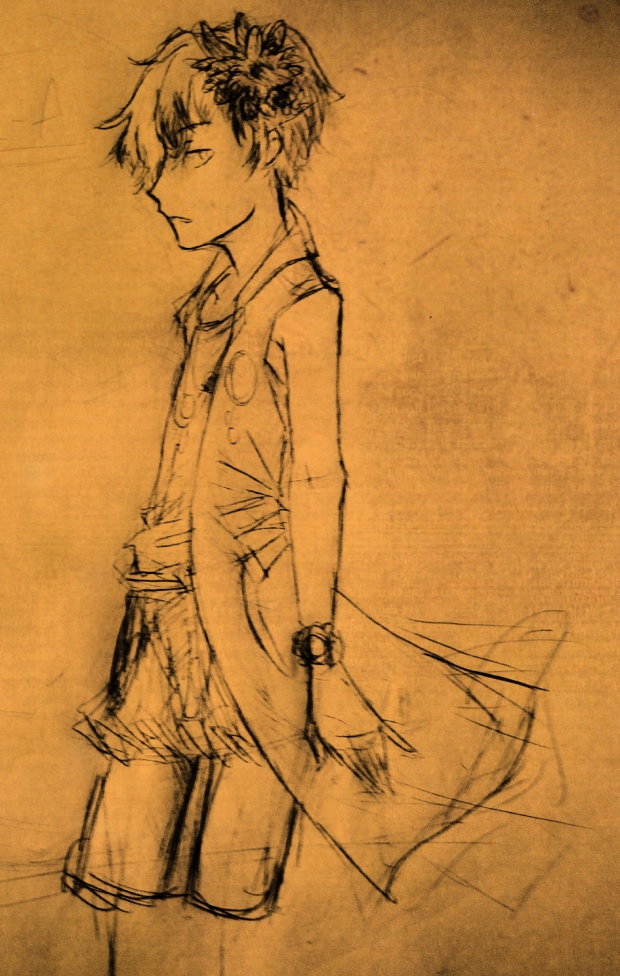